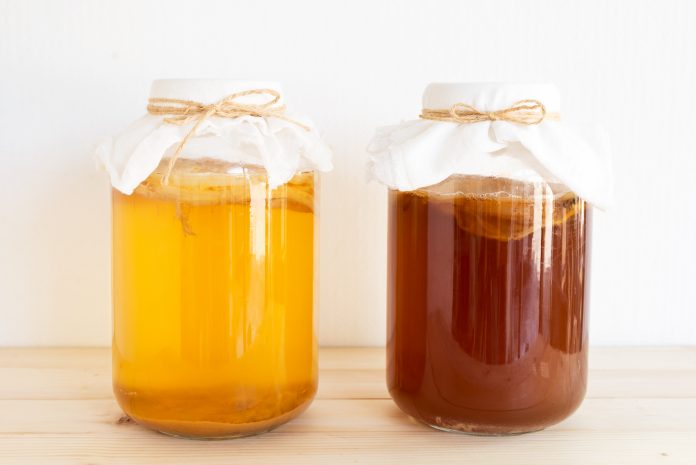 Kombucha tea is a traditional beverage that originated in China over 2,000 years ago.  It was called “The Tea of Immortality”. Today, it is consumed across the world mainly due to its numerous health benefits. The difference from other teas lies in the way it is prepared. To give it its characteristic fizzy sweetness, Kombucha tea is made of a combination of symbiotic culture of bacteria, yeast, sugar and tea. Existing evidence suggests that Kombucha is good for the gut, brain, liver, and heart. It also boosts immunity. Kombucha tea contains probiotics, the healthy bacteria great for the immune system, heart health, and digestive tract health. It is also rich in antioxidants which kills harmful bacteria and fights several diseases. The following are some of the evidence-based Kombucha tea health benefits:

Just like other types of tea, Kombucha is rich in antioxidants which boost immunity by targeting the cell-damaging free radicals. If left unrestricted, free radicals cause inflammation which causes certain types of cancers.  According to a 2007 study, antioxidants from natural sources such and food and beverages, are better than those from supplements when it comes to bettering human health.  Kombucha with the most antioxidants is made from green or black tea and is a great liver detoxifier. This was the subject of a 2011 study, results showed another Kombucha health benefits – the ability to remove harmful chemicals from the liver.

Kombucha tea is made by fermenting a combination of yeast, sugar, green or black tea, and specific bacteria strains. The fermentation goes on for at least a week.  A 2014 study, showed that Kombucha tea contains substantial amounts of probiotics, which are similar to healthy gut bacteria.  Apart from improving overall digestive health, there is evidence that probiotic bacteria can treat diarrhea and ease the symptoms of irritable bowel syndrome. Probiotics also improve digestion and reduce inflammation due to leaky gut disease.

3. Reducing the Risk of Cancer

A sharp increase in the number of people being diagnosed with cancer has led to the proposal of all kinds of natural remedies including Kombucha.  As a result of a 2008 study the ability to inhibit the growth of cancer cells was found to be one of the Kombucha health benefits. According to a subsequent study done in 2013, Kombucha has the ability to create a hostile environment that prevents the survival of cancer cells. Thus, Kombucha could be a cancer prevention and treatment remedy.

One of the biggest Kombucha tea health benefits is its ability to protect the mental function. Kombucha contains vitamin B12, which increases energy levels and boosts overall mental health.

In addition to its other health benefits, Kombucha tea could play an important role in managing type 2 diabetes. This could be important, given the continued search for healthy natural solutions.  According to a study done in 2012, Kombucha has the ability to manage blood sugar levels in diabetic rats. Even though there are no conclusive studies in humans, the results of this study are promising. In the future, Kombucha tea could be combined with other natural ingredients to manage type 2 diabetes.

Kombucha tea contains healthy bacteria. When probiotics get into the body, they counter the effects of the harmful, disease-causing bacteria.  The results of study by TNO Nutrition and Food Research Institute, Zeist, The Netherlands showed that Kombucha has the ability to destroy some strains of Campylobacter jejuni and salmonella. In the process, it prevents food poisoning, which often is caused by Campylobacter jejuni. 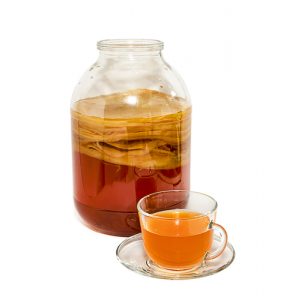 When combined with a healthy diet, exercise, and healthy lifestyle habits, Kombucha tea reduces the likelihood of one getting heart disease. With these Kombucha tea health benefits, you have every reason to take more of this fermented tea on a daily basis. Start now!

Recommended articles: Health Benefits of Coffee That Will Impress You ; 10 Simple Ways to Detox Your Body ; Healthiest Tea in the World

How to Get Rid of Dark Circles Under Eyes?