The earth provides a lot of wonders to explore. Starting from the breath-taking depths of Oymyakon, Russia, to the blazing heat of Death Valley, California. In your next trip, be sure to visit the most extreme, adrenaline rush travel destinations that will take your breath away. Are you up to the challenge? Well, the following list outlines some of the world’s destinations for fans of extreme and adrenaline rush.

The greatest vertical steep Mount Thor is not the world’s highest peak in the world. However, fans of extreme will love this place.

In fact, it’s the steepest peak with around 100 degrees overhang.

Thor is a name that is given to all-powerful Norse god, whose strength comes from thunder. And Mount Thor lives up to its name, featuring many miraculous sites. Besides, there are tons of other activities available for lovers of extreme near the mountain. They can enjoy many activities, such as parachuting Thor’s heights, paragliding, etc.

The oldest continuous volcano Mt. Kilauea in Hawaii is one of the 5 five volcanoes on the island of Hawaii. Yet, it’s the most active and continuous volcano. Notably, it has been erupting consistently for over 30 years now.

In the last 30 years of its eruption, its molten lava has destroyed over 200 homes. Moreover, it has created a whopping 544 Acres of land. The view of the volcano spewing lava on Hawaii’s Big Island is undeniably extreme.

The Oymyakon town of Russia is the coldest place on earth with -71.2 degrees Celsius. Until recently, the Oymyakon was place for political exiles. But currently, it’s a home of popular sports. Some of them are skiing, ice fishing, ice hockey, and others.

Actually, the ground there is covered with frozen ice all year long. The town has seen some popular and famous travelers that came to explore it. These are Frankie Avalon, Burt Reynolds, and Paris Hilton, for example.

Well, this means that if you happen to stand at the peak of Mt. Chimborazo, you’re literally too close to the outer space. Believe, that will send chills down your spine! Therefore we call it a place for extreme lovers, a place like no other. Whereby if you raise your hands, it feels like you’re reaching into God’s territory!

Do you think it gets hot where you are? Not until you have traveled to Death Valley in California. According to reports, extreme heat once led to the death of a hiker in Death Valley. Also, two other tourists from France were at the verge of death due to dehydration. Consequently, it’s not all safe to explore there.

However, because of risk of danger, this place is in this list for fans of extreme. Therefore, visitors are advised to remain in well-traveled areas. This is just in case of any casualty. You will most probably notice that no cell phone network works here. So you can only rely on your fellow travelers for help. In addition, you will have to drink lots of water. Also, try to limit activities that could lead to dehydration.

The most Isolated Place Tristan da Cunha is a whopping 2,000 kilometers from the African continent. It was first discovered by Tristo da Cunha, the Portuguese explorer back in 1506.

Amazingly, you will feel adrenaline rush knowing that you are on the island that is the only spot under the sun that’s completely isolated from mankind. It is a no-airport island with around 300 inhabitants. Are you looking to detach from human day life? This island gets you to the most isolated spot ever on earth.

The Wettest Place Mawsynram is one of the best adrenaline rush travel destinations in the world. It is the coldest place, according to those who have explored the place.

In fact, the area receives an average of 11872 mm of rainfall annually, with 26000 mm of rainfall in a single year. Although the subtropical climate makes it rather uncomfortable place, and even spooky, it is an interesting spot for an extreme lover tourist.

Gates of Hell or Darvaza Gas Crater is a natural gas field. The diameter is 69 meters, the depth is 30 meters. The crater has methane gas emissions. Therefore, it was set on fire with aim of preventing distribution of gas. In fact, the crater has already been burning 2 decades. People stay on the surrounding territory of the crater for desert camping. 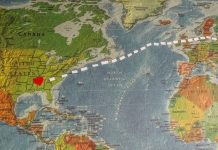 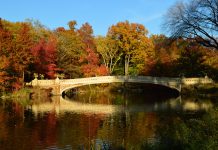 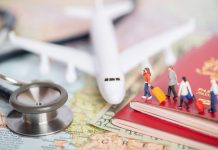 The Most Beautiful Medical Tourism Destinations

5 Untreatable Diseases You Can Easily Pick Up While Traveling