Eating disorders are mental illnesses revolving around body image issues and feelings of self-expression. They affect more women than men but don’t discriminate based on ethnic groups or social classes. That is to say, these disorders are more of an emotional than of physical type. As a result, the affected parties often suffer from overeating for relief or as a means for coping with stress.

Eating disorders in women mostly manifest during the teenage years to the mid-twenties. However, few of them seek treatment due to stigmatization. In the same vein, society has further fueled the issue by setting standards of ideal body weights.

As such, specialists identify the four most common types of eating disorders:

Basically, there are many factors that trigger these disorders. Among them, there might be degrading comments, divorce, traumatic incidences like rape, puberty, etc.

If not treated early, the effects of eating disorders can be severe, which is why early diagnosis is important. Eating disorders have both emotional and physical effects including:

Bulimia is an eating disorder that involves overeating as a way to relieve anxiety, depression, and stress. Oftentimes, it induces purging through the use of laxatives, self-induced vomiting or over-exercising.

It is rarely possible to tell when a woman is suffering from bulimia as they maintain their weight, but lack in nutrients. Its symptoms include menstrual irregularities, secretive binge eating, compulsive exercise, obsession with appearance, and purging after overeating.

Physical effects of bulimia nervosa are:

Most women with bulimia are usually outgoing and impulsive and can hide this condition very well from their loved ones. However, only about 6% of those suffering from this disorder receive treatment.

Another eating disorder which entails excessive weight loss due to self-starvation. Anorexia is extremely severe and its mortality rate is the highest amongst all mental disorders. It also onsets during the early to mid-adolescence period and is one of the most common disorders.

Some of the symptoms of anorexia nervosa are menstrual irregularities, distorted body image that manifests as a phobia for weight gain, and a lot of bodies or facial hair.

Women affected by anorexia often have a lot of concern about their body size and shape and can sometimes be considered for being perfectionists. Competitive athletes and dancers are usually the ones who are affected most.

People with binge eating disorder have a tendency to consume large amounts of food. But unlike bulimia, they don’t purge and just keep eating until they satisfy their emotional hunger. Those individuals are able to differentiate between real physical hunger and emotional one. Most often, BED goes hand and hand with obesity.

Symptoms of BED include overeating even when not necessary, unhealthy emotions like shame and guilt, depression, awareness of mental problems and obesity. It is also common for the affected person to space out during binge eating episodes.

Despite the fact that there is no approved medical test for mental illnesses, doctors may sometimes draw your blood to check if you are suffering from any effects. Some of the things tested are:

Most often, women struggling with these eating disorders rarely acknowledge them as problems. In fact, they view them as normal and even attractive. Eating disorders can be fatal so it’s important for one to seek medical assistance immediately. There are various treatment options depending on the severity of the disorder. They include:

You may apply one or a mixture of several treatment options for various disorders.

One of the most effective treatment options is screening programs that educate young adults about eating disorders and their effects. These programs also help them to develop a positive body image before it is clouded by distorted thoughts. Parents are also encouraged to foster healthy and positive emotional supports as far as eating disorders mostly affects adolescents. Ultimately, once eating disorders appear, it is utmost important that loved ones help the affected person seek help.

You might also like: 24 Hours without Any Food: Stunning Effects to Your Body, Feeling always hungry? Why? 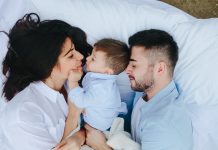 Relationship Changes After Child Birth – Why Does It Happen?

10 Simple Ways to Master Your Self-Discipline

Why Memory is Important?

What to Eat to Increase Low Blood Pressure?