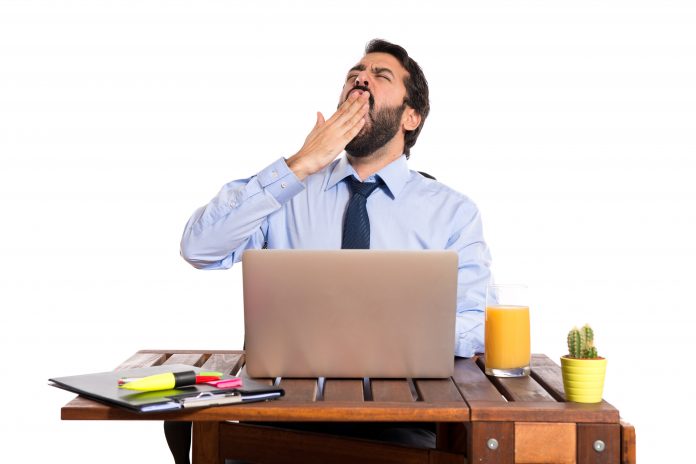 Yawning is an involuntary reflex of the body when you open your mouth and take a deep breath. This is considered as the most common physiological phenomenon to cool down the brain and to get concentrated. Most often, this reflex occurs as a “chain reaction”. People argue why yawning is so infectious. British scientists explain: “When we see or read about yawning people, we want to yawn too”.

However, lack of oxygen does not cause yawning. Scientists from University of Maryland have proven this statement. They asked the experimental group of people to breathe air with a high content of carbon dioxide and air enriched with oxygen. Neither the first nor the second had a significant effect on the prompting of yawning.

A person yawns from 7 to 23 times a day on average. However when this number changes significantly, then your body needs some health issues. We have figured out what kind of diseases and its symptoms can be caused by over-yawning.

An unbalanced diet or a malfunction of the thyroid gland can cause obesity and over-yawning. These reasons change hormones statuses and fatigue of hyperventilation, that is, difficult breathing or inability to take a deep breath. The causes of OHS (Obesity hyperventilation syndrome) are slowdown of brain activity and squeeze of the chest under the influence of excess weight. Hyperventilation syndrome increases the amount of carbon dioxide and decreases the amount of oxygen. Yawning helps to regulate the flow of incoming air.

An increase in the amount of cortisol and drugs use can cause yawning during depression period. Citalopram, fluoxetine and other antidepressants increase the amount of serotonin hormone in human body. Serotonin leads to body fatigue.

If you experience any of these below mentioned symptoms, you need to go to the doctor to get the right diagnosis:

Stressful conditions and increase in cortisol amount characterize the anxiety disorder. In this case, an energy reduction and problems of heart system provoke a yawn.

Other signs of anxiety disorder:

An important note: all symptoms tend to occur several times during a six-month period in order to diagnose an anxiety disorder.

Stimulation of vagus nerve cause yawning in case of heart disruption. This nerve connects the brain with the heart and organs of gastrointestinal tract. In addition, lower blood pressure and slow heart rate can cause a yawn.

Other symptoms of heart disease can be:

Frequent yawning is a typical behavior of a person who just experienced a stroke. According to doctors, this process helps to regulate the body and brain temperature.

If you yawn too much, have a haggard face, smile with one side of the mouth or have a slurred speech, you must call ambulance.

Frequent yawning is a rare symptom of a brain tumor. In this case, the reflex is manifested due to severe fatigue.

Specialists also list other symptoms of a brain tumor:

It is very rare case when epilepsy manifest a yawning as a symptom. In this case, the body responds to stress via spasm of temporal lobes of the brain. This spasm occurs during or after seizures.

Medicine suggests other symptoms of epilepsy:

In general, yawning is a normal phenomenon that signals fatigue of the body. However, if you notice over-yawning, you should visit the specialist. Other symptoms development may lead to serious problems of your health.

Why is it better to use natural organic beauty products?

Whether voice assistants can be beneficial for your commerce?