Habits and traditions differ around the world from one place to the other. A weird thing in one country may not be strange at all in another. At the same time, a common saying in one place may make people frown in another. In this article, we feature some of the weirdest and most unusual traditions from different countries around the globe. 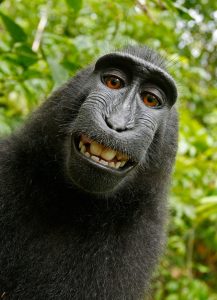 We start our list with a very weird custom, but one that is also quite light-hearted and funny. In the town of Lop Buri of Thailand, they have a tradition to organize unusual party every November. People set tables along the streets with all the goodies that come to mind. These are cakes, candies, fresh fruits, and delicious platters of whatever sweetness you can imagine.

This lovely buffet isn’t available only to humans. Notably, the festival is for the Macaque monkeys that live in town. Yup, people celebrate festival dedicated to monkeys. Interestingly, monkeys become the symbol of this province during thus period. So, you can’t miss this festival if you ever visit Lop Buri in November.

Brazil: Show Them How Courageous You Are!

There is a tribe in Brazil known as the Satare-Mawe. Well, they have a very weird way of showing their bravery and strength. If a young boy wants to prove how worthy he is, he has to put both of his hands in a basket full of bullet ants, so they could bite and munch on them as much as they want! For 11 hours straight. Yup, you heard that right.

Greece: Take That Weird Tooth Off The Roof, Fairy!

In many countries, a child would put his broken tooth under the pillow, so that the tooth fairy would take it away during the night. Not in Greece, however. Children there collect their broken teeth and throw them to the roof of their houses. Apparently, the tooth fairy likes roofs in Greece? Nevertheless, locals believe that it brings good luck and fortune to families, perhaps also replaces the bad teeth with good new ones.

This is yet another weird tradition and this time, it’s in Spain. An ancient tradition that dates back to 1620. Men dress themselves as devils, and there are mattresses lying in the middle of streets. Babies and children are placed on the mattresses and the devil-dressed men jump over them! Weird? Well, it’s thought to cleanse the babies from sins and bad deeds, prepare them for life in a healthy, happy way. You can probably imagine why you shouldn’t try this at home.

And yet another weird tradition from Spain. Ever heard of snowball fights in the winter? Old fashion! In Spain, they fight with tomatoes. It’s a crazy festival, which is popular in Bunol. During this festival, the streets are suddenly strained in red, because everyone is fighting with tomatoes. Well, it must be very funny, at least.

Turkey: Wrestling on Another Level with Camels

Turkish people have a weird show they like to watch- camel wrestling. It’s similar to cock fighting, except that it’s camels fighting. Actually, no injuries are inflicted to the animals or the audience. Though, you can’t imagine this would be a safe thing to approach. So, audience should keep a safe distance from the fight and enjoy the scene.

Indonesia: Filling A Couple of Teeth Before Marriage

In order to keep jealousy and evil away, both the groom and bride get a filling in a couple of their teeth. It’s not the usual reason to visit a dentist, but, hey, as long as it works. It is believed that this could keep the marriage happy and prosperous for a long.

The Bayanihan in Philippines: Carry Your Home on Your Back

Ever imagined that it would be awesome to be a snail or a turtle, and your home walks around with you literally all the time? Well, there is a weird tradition in Philippines that comes close to that. Villagers gather and carry their entire houses to a brand new location, walking for long distances. Basically, people carry the buildings on their backs! It usually happens around the time of floods or when there is a landslide forming any danger to the house.

There are a lot of bizarre customs practiced around the world, and it is always interesting to learn about the differences between the countries. The mentioned traditions are just some from the great number of other traditions. Probably, some day you will have an opportunity to witness foreign strange customs yourself!

Recommended articles: Travel Side Effect or All You Need to Know about Acclimatization, 8 Travel Destinations for Fans of Extreme

What should I buy my girlfriend for Christmas? Amazing inexpensive gift ideas.