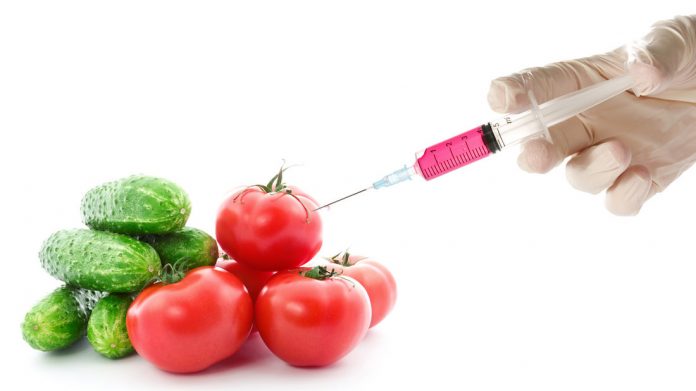 Nowadays, people tend to think that GMO is harmful and should be avoided. However, most of us still do not understand what GMO is and if it is a danger to the health of human body. This article explains the most common myths about GMO.

Genetically modified organism or GMO is an organism that went trough modification by genetic engineering methods for economic or scientific purposes. When it comes to nutrition, genetically modified food is the food that has GMOs in its composition.

Ironically, the use of GMO technology has actually made a control over pests even more difficult. According to scientists that study organic products, most agronomists use GMOs in modern agriculture to produce their own pesticides, which are no less harmful than the chemical pesticides used before. These pesticides provoke the emergence of “superweeds” on the fields, which are resistant to the effects of most compounds.

Myth 2. GMO is a radical technology.

Have you ever imagined that thousands of varieties of fruits and vegetables are made because of genetic modification? It is the fact that almost all the products that you purchase on a daily basis from supermarkets went trough some modification. That is why, scientists do not consider GMO as a radical technology. Although, GMO differs from traditional breeding methods.

When scientists create GMOs, they include DNA in the genome from organisms of one species or another. For the delivery of alien genes using bacteria, viruses or a special device – a gene gun. Experiments continue until scientists obtain an ideal organism, which corresponds to the initially specified parameters.

The truth is that science has began to use GMO technologies in 1994, therefore, it is relatively new. Thus, at the moment there is not enough research on the topic of testing the long-term effects of genetically modified products on public health.

Notes of researchers that study organic products on short-term exposure of GM foods suggest that people need to study more about this issue. An analysis of nineteen large-scale studies suggested that the mammals that ate genetically modified corn and soybeans had a higher risk of developing chronic diseases associated with kidneys, liver, bones and brain damage.

Myth 4. Scientists do not test GMOs.

It may seem that GM foods are those that are being pricked with a syringe. Meanwhile, the use of GMOs in food requires an important laboratory verification. People never get the GMO product that does not have a certificate of successful examination.

Today all GMOs are subject to mandatory registration and everyone can find any information about them in an open database.

Myth 5. GMO is the easy way to earn money.

In fact, the use of GMOs bring corporations not as many bonuses as it might seem. Therefore, you might be asking: Why is it necessary to use GMO? In fact, genetic modification technologies are one of the few ways of modifying crops available to farms nowadays. It allows to obtain the optimal ratio of production costs and total payback.

In addition, according to studies, without GMO technology, by 2050, humankind will begin to lack food. Using GMO technology, people are trying to modify the traditional methods of food production, produce more food that costs less, to meet the future global needs for food.

Furthermore, besides food production, GMOs are widely used to produce medicines and vaccines that help treat or prevent some diseases.

To sum up, it is very important to learn every single detail of the technologically new product in order to decide whether to continue consuming it or to stop buying GM products on a daily basis.

There are no health benefits to consuming GMO foods over non-GMO products today. However, as technology develops and becomes more sophisticated, GMOs may definitely change and perhaps become a better choice some day in the future.

Recommended article:   Why Do We Have Food Cravings

Why Do We Have Food Cravings

Lark or Owl? How our biological clocks work?

How to be feminine and attractive woman?