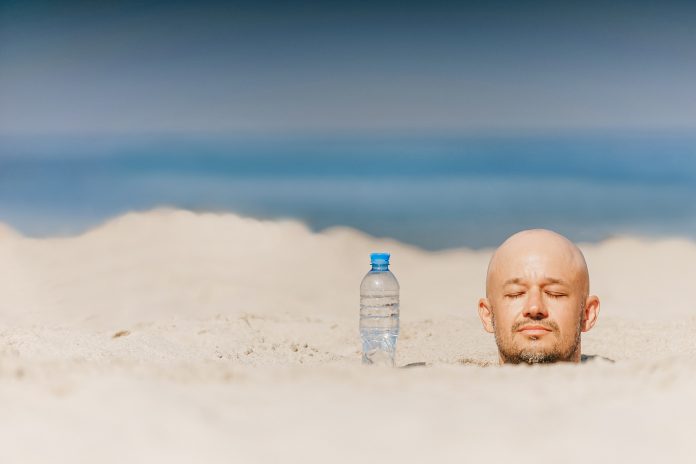 You would probably like to think that you’re regularly getting an adequate amount of water. After all, drink 64 ounces a day and you should be set, right? But apparently, more and more people complain of dehydration symptoms like headaches, fatigue, and dark urine even after those eight 8- ounce glasses. Why might this be?

There are several factors that can negatively impact an individual’s hydration levels, some of which might be everyday habits you’re guilty of. Here are some hydration mistakes you may need to look out for:

While water itself is the best source for hydration, it’s helpful to also consume foods that are high in water concentration, especially fruits and vegetables. 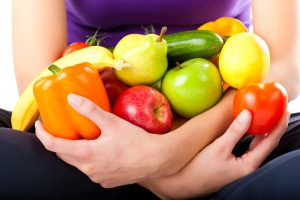 Seeing as the taste of water (or supposed lack thereof) can be off-putting for some, eating fruits and vegetables that contain a lot of water can provide many of the same benefits of drinking water while also providing a more interesting taste.

Here are some examples of water-dense fruits and vegetables:

There are plenty more, but these are just some of the more versatile items I could think of. You could eat a salad with carrots and baby tomatoes for lunch, or snack on a peach between meals. Either way, you’d be getting more water without really even realizing it. 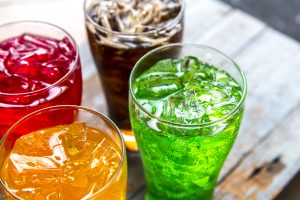 Sports drinks like Gatorade and Powerade promise benefits like electrolyte (potassium, sodium, calcium, etc.) and water replacement. However, it’s important to emphasize that these drinks are for people with active lifestyles.

As you exercise, you lose water and electrolytes through sweat and increased respiration. Sports drinks are designed to replace those lost nutrients.

So what happens if you drink sports drinks regularly without the active lifestyle? An excessive amount of electrolytes will be present in the body, including sodium, which can be particularly dehydrating at higher levels. This is because excess sodium in the blood pulls water out of body cells, causing them to shrivel and function inefficiently.

Caffeinated drinks are also not to be heavily relied on. While one coffee or tea a day will not be detrimental to your hydration levels as both contain mostly water anyway, having them as your drinks of choice very well might dehydrate you. Caffeine itself is a diuretic, meaning that more water will be lost through urine with prolonged consumption. Therefore, drinking only coffee/tea/sodas could cause dehydration if you don’t follow up with some regular water.

Bottom line: don’t rely on drinks that aren’t pure water to hydrate you. A coffee here and there won’t hurt, but having it be the only beverage you drink can definitely affect how hydrated you are.

Hydration Mistakes: Not getting enough sleep

As it turns out, the amount of sleep you get might impact how much water you’re retaining. At first glance, it might appear that sleep and hydration are very tenuously linked. One might think: oh, that makes sense because you’re not able to drink when you’re asleep. But there’s more at play than that.

A hormone released by the pituitary gland called Antidiuretic Hormone, or ADH plays a key role in water retention. ADH signals the kidneys to retrieve water from urine, which allows the water to dilute the blood and thus remain in the body. This is one of the main ways the body tries to fight dehydration. While ADH is actively released during the day, it’s released more quickly and in greater amounts in later stages of the sleep cycle. The reason why this benefits the body is because as you sleep, there is water loss caused by respiration and restricted intake. So, if you’re not getting to those later stages of sleep, you still might experience symptoms of dehydration even if you’re getting all the water you think you need.

In fact, a study conducted by professors at Penn State found that among participants of a survey, short sleep was associated with more concentrated urine and feelings of thirst. The investigators stated that those who slept an average of six hours a night (or less) were more likely to display these symptoms of dehydration than those who slept an average of eight hours. This supports the idea that interruption of ADH release during sleep can cause a person to be more susceptible to dehydration at night.

In other words, getting at least eight hours of sleep can help ADH keep your hydration levels in check. 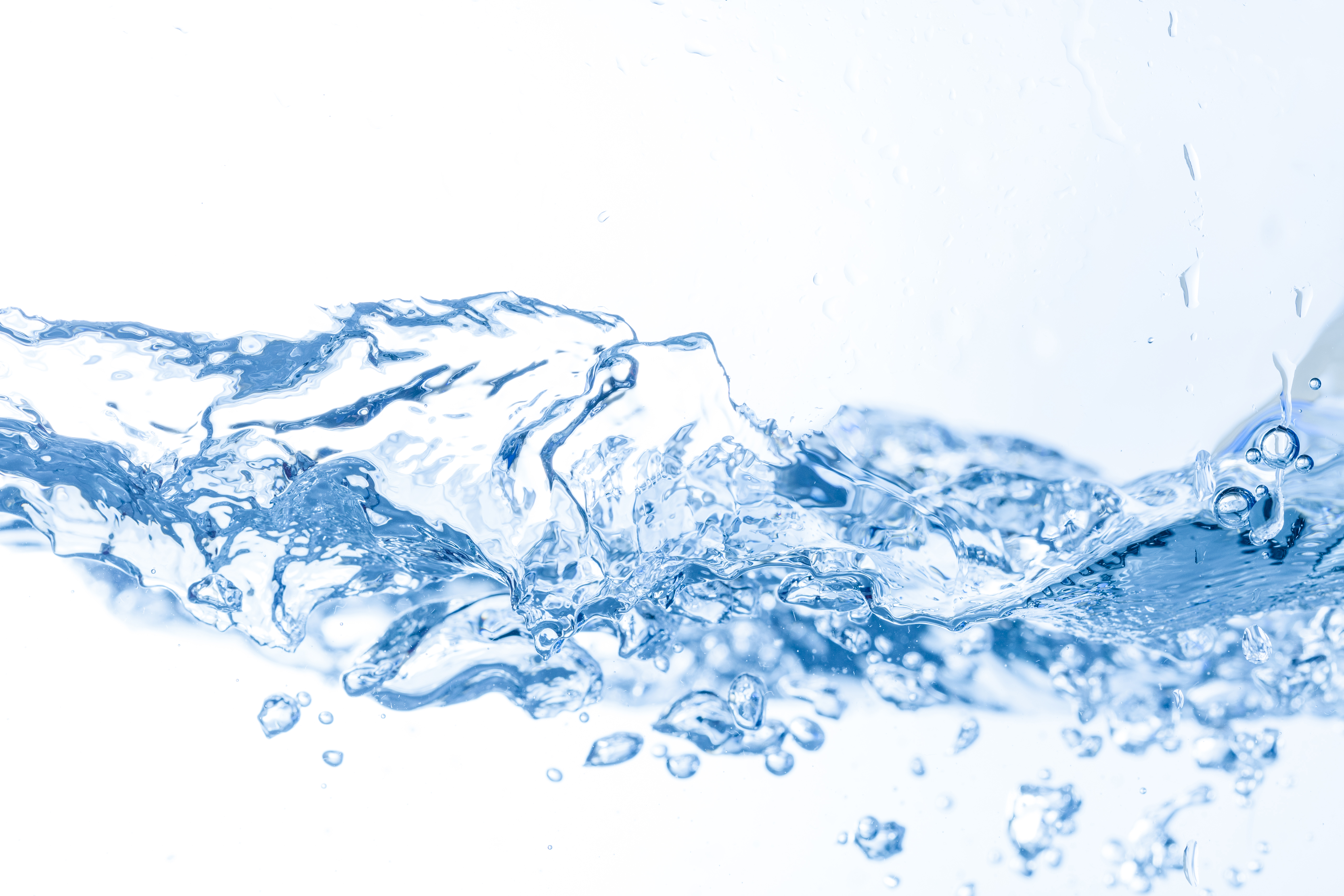 This one can seem a bit silly, but it’s something to think about. The classic one-size-fits-all 8×8 (eight 8-ounce glasses a day) rule doesn’t seem to cut it anymore. Instead, experts say that it depends on your weight and activity. Specifically, per day, you should be drinking between half an ounce and an ounce of water for every pound you weight.

So, if you weigh 130 lb., you should be drinking between 65 and 130 ounces of water a day. If you’re not very active and thus your water is not lost at quick rates via exercise, then half an ounce for every pound will suffice. However, if you lead a very active lifestyle, you might need to bump it up to an ounce per pound.

Hydration Mistakes: Drinking too much water (in a short amount of time)

Water intoxication comes from drinking too much water in a short amount of time. Remember how sodium pulls water out of cells and causes them to shrivel? Well, too much water at once can cause the cells to swell, which is responsible for many health issues like headaches and increased blood pressure. Your kidneys eliminate water by pushing it into the urine, but they can only do so much at one time. They can eliminate up to 7.4 gallons (947 ounces) of water per day, but can only eliminate about 30 ounces in an hour.3 So if you’re drinking all your water in one sitting and still feeling bad, you may want to revise your drinking habits.

As you can see, it is quite easy to stay properly hydrated by avoiding such things as drinking too much coffee, not getting enough sleep, or not consuming enough water and fruits.

How to drink water properly?

Water is undoubtedly the source of life. The question is – how to drink water in order to help the body maintain a normal weight and get the best out of it? Being guided by the principle “want to drink – drink, don’t want to- then do not ” is not enough. So there are several questions on how to drink water properly that can be interesting for you.

SHOULD I DRINK WATER IN THE MORNING BEFORE MEAL?

Yes, drinking water first thing in the morning is a very good habit. During the night, the body loses a lot of liquids and it’s logical to fulfill the loss. Water leaves our body not only because of a dry or hot place we are in, but simply as a result of physiological processes.

IS IT HARMFUL TO DRINK WATER WHILE EATING? 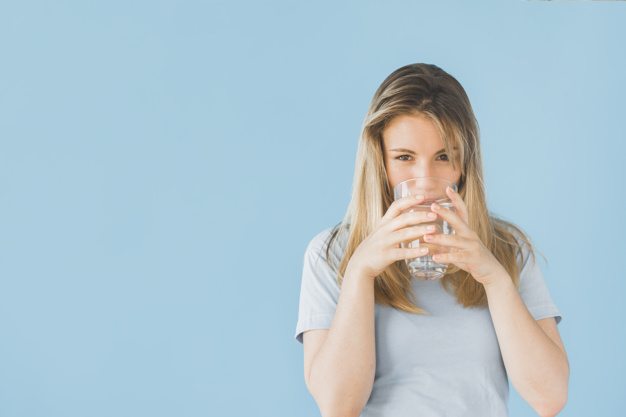 No, drinking while having a meal is not harmful for you. It is mostly true about other beverages: sweet soda, water containing sweeteners or caffeine and other extremely non-useful for digestion and metabolism drinks.

These non-natural drinks activate completely different processes in the stomach. And if you drink soda, for example, while eating, the stomach is distracted by the digestion of chemicals.

Yes, you can drink both during and after physical activity. Sport is one of those situations where you can not rely on the feeling of thirst, it usually comes late. While exercising, you should drink a little every 15-30 minutes. If the goal of your training is to improve your health and body shape then you must drink water during your training.

HOW OFTEN SHOULD I DRINK WATER?

Health professionals and dietitians commonly recommend drinking eight 8-ounce glasses. And you should consume small amounts of water as often as possible.

Keep a bottle of water on the desktop, in the car, in the bedroom. So that you, undoubtedly, will not forget to drink it, before drinking water becomes your habit. Soon you will notice how this will improve your digestion and also sleep quality.

IS IT TRUE THAT I SHOULD DRINK 2 LITERS OF WATER PER DAY? 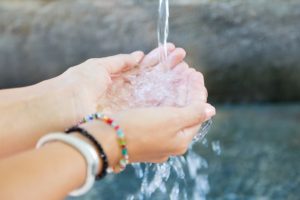 Two liters is a kind of easy-to-remember landmark for an “average” person. Of course, we get liquids from vegetables, fruits, soups and drinks.

So it’s not about making yourself to drink two liters of water . Just try to drink more often and you will get results soon.

WHAT TEMPERATURE SHOULD DRINKING WATER BE?

The best option is a room temperature, however in hot summer days it feels nice to drink cold water. And there is nothing bad with it, just drink it in small sips, so you will not irritate your throat.

SHOULD I DRINK MORE WATER DURING SUMMER? 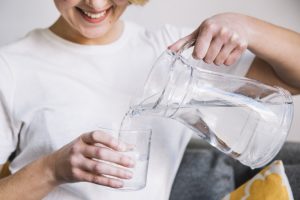 It is all about your body signals, and varies from individual to individual. If you are thirsty then drink. Do not force yourself.

It is very important to stay hydrated during any time of year, but usually we drink much more liquids during the summer. Our body naturally requires more water during hot seasons to prevent dehydration.

IS DRINKING TOO MUCH WATER DANGEROUS?

Generally, drinking too much water is rare in healthy adults. However, it may happen and can cause harm. When your kidneys are not able to excrete the excess water, the sodium content of your blood is diluted. This can be very dangerous.

Drinking too much water can lead to water intoxication. Moreover, if you consume more than 15 litters of water a day, you will die. So, try to stick to a recommended dose of 8 glasses, or approximately 2 litters or about half a gallon of water per day.

There were the most common questions on how to drink water properly. Hopefully, it will be useful for you. Drink more often, but not more than 27-33 ounces (0.8-1.0 liters) per hour! Stay healthy, beautiful and hydrated 🙂

==>  Signs You Are not Drinking Enough Water

==>  What You Should Know Before Drinking Lemon Water

7 Tricks to Make the Aroma of Perfume Last Longer

The Benefits of Protein Shakes

5 Makeup Removal Tools That You Can Find At Home