How to motivate a depressed person? We’ve all been there ourselves. We’ve all felt this numbing sadness for no apparent reason and a sense of hopelessness hits you. However, sadness is different from depression. When you say you have depression, it doesn’t get better for a certain amount of time. It’s a common mental illness that affects the way you think, how you behave and how you function in your day to day activities.

Having depression makes you lose in all those things you used to have an interest in. The only constant emotion you have when you have depression is this numb and empty feeling that becomes a part of you. When you have a friend or you know someone that’s going through depression, it’s not easy. In fact, you’re probably worried about them all the time and you want to do everything to somehow take this kind of baggage off their shoulders. If this is you – if you have someone in your life you want nothing but to motivate amidst their depression – this is for you. The following are pieces of advice to help motivate someone in your life that’s struggling with depression:

#1 Don’t tell them to just get over it

This is basically the worst thing to say to a depressed person. You can’t just tell a depressed person to be motivated and get over it. When you have someone in your life with depression, being present for them is the best thing you can do for them. Even if sometimes they don’t know what to say or they don’t know how to put into words what they’re feeling, they really value that you’re there for them.

It doesn’t take a lot of energy to just be there for them. You could be there for them with a simple gesture such as coming over to their place or watching a movie together. For someone with depression, they appreciate a good listener rather than someone good at giving advice.

#2 Be their emotional support

When they’re overwhelmed with their negative thoughts and anxiety, just be there to reassure them of their fears. Don’t invalidate their feelings, but rather, make them feel that they’re not overreacting and being dramatic by feeling what they’re feeling.

It’s best to calm them down by saying positive words to make them believe in your words somehow, despite what they’re feeling. When they’re talking badly about themselves and saying that nobody loves them, remind them that you’re there to love them amidst that darkness they’re feeling.

#3 Don’t push them to do things

When you advise them to do something, it shouldn’t feel like a demand or something that you’re making them do. People with depression never want to feel like they’re being a burden or that they’re being forced to do things outside of their comfort zone. Instead, empathize with what they’re going through and make them feel like what you are suggesting them to do is just an option or a recommendation.

For instance, when you advise them to do a new hobby, you wouldn’t want it to seem that you’re making them do it out of force. Rather, to make them less threatened on the idea, you should suggest to do it with them. After all, a depressed person feels alone more often than more. By doing things together with them, you’re making them feel less alone.

You shouldn’t have to act differently around them. This isn’t going to motivate them to make progress. Rather, stay true to who you are while still being empathetic to their emotions. The last thing they want to feel is that they’re a burden or that they’re not normal. It does motivate when you just act yourself and are comfortable with them. You shouldn’t have to walk around eggshells with them. Be your true self, because that’s going to motivate them that maybe things aren’t so bad after all.

In being yourself, that includes still telling them stories about their life and things you’re passionate about. Shining even just a shimmer of light about your passion might affect them in a positive way, you never know.

Even if there’s a huge probability that they’re going to say no, you should still ask them to hang out with you. I assure you, it’s going to lift their spirits up with even just the thought that you asked them out. This gesture lets them know that you still want to spend time with them and that you’re trying to be a part of theirs, as well. This is the gesture that lets them feel normal and feel loved, even for just a second. Even if it’s just for coffee or dinner, this is a good motivation for someone depressed in your life.

#6 Do something special for them

Doing something special to make them happy doesn’t always have to be this grand gesture. More than usual, it just takes the right set of words and the right timing to make someone depressed feel appreciated and happy. You could possibly write them a handwritten letter out of the blue and remind them of all the reasons why you feel happy that they’re in your lives. You could also make them a simple video of all the memories you had together and make them smile this gesture. Making someone’s day doesn’t always have to be so high-maintenance. All it takes is your sincerity and genuine compassion in all of this.

In the end, to motivate a depressed person isn’t always easy. However, if that person is someone you truly care about, there’s nothing in this world you wouldn’t try just to help them fight the demons they’re facing. Depression is a real thing, and it’s important we give that emotional and mental support to assure them that they aren’t facing this battle alone. That’s the real motivation.

How to Distinguish Fatigue from Chronic Fatigue Syndrome? 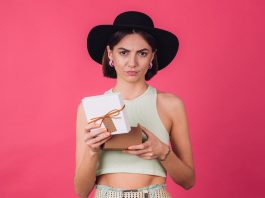 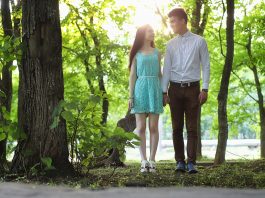 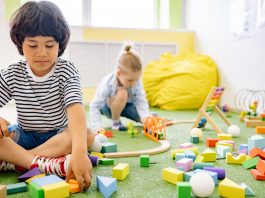