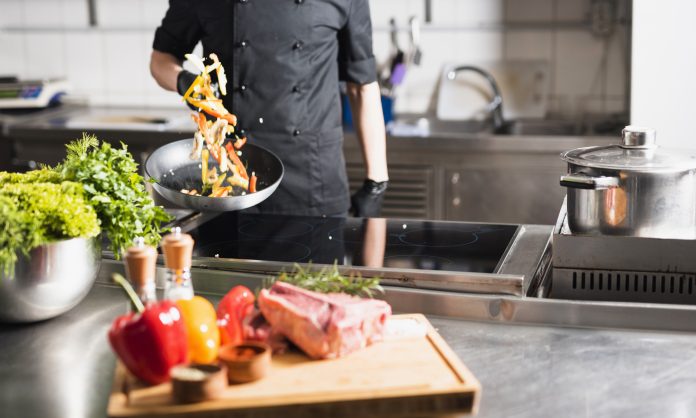 We all like eating tasty food and in pursuit of different tastes we look for dishes of other countries. Some countries are famous not only for tasty, but also for the healthiest cuisine. Nutritionists recommend some cuisines for those who want to keep fit, to lose weight, to recover after some decease or just to be healthy. Countries with the healthiest cuisine include Japan, Greece, India, Spain and Vietnam.

Good nutrition is becoming increasingly important as part of a healthy lifestyle. When coupled with physical exercise, a healthy diet can assist you to attain and sustain a normal weight. It can also decrease your risk of incurable diseases (like heart disease and cancer), and improve your overall health. With that in mind, this article examines some of the countries with the healthiest cuisines. 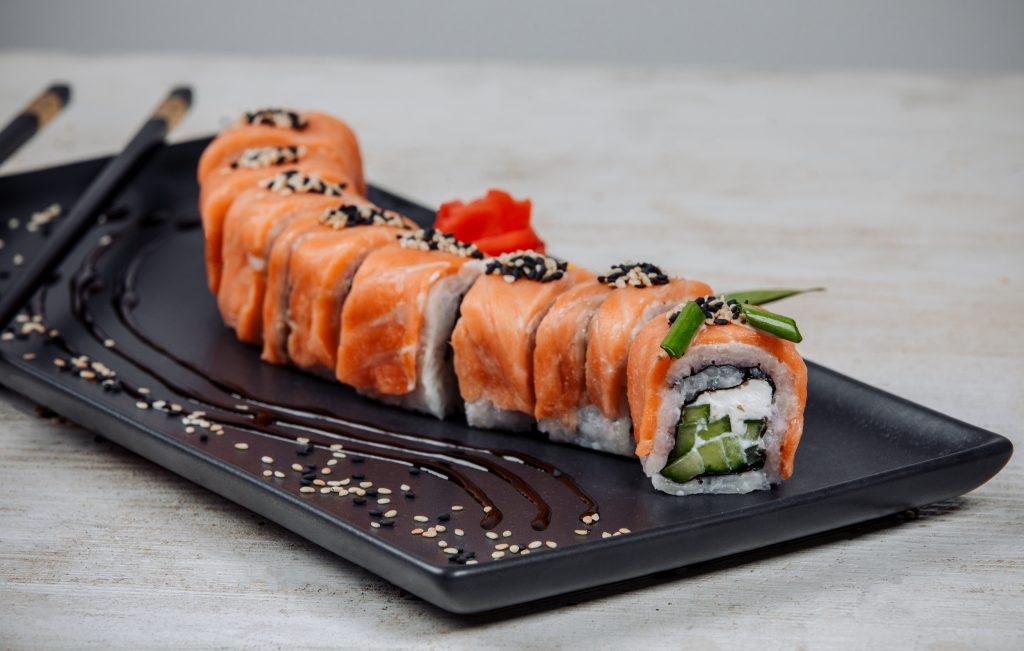 Average life expectancy in Japan is much greater than in western countries, for that reason Japanese cuisine is considered to be one of the healthiest in the world. The Japanese believe in having three pillars to their cuisine: moderation, balance, and variety. These result in some remarkable statistics. In one part of Japan, in particular, Okinawa it is common for the locals to live over 100 years old. Their diet plays a huge part in this.

One specification of this cuisine is people’s attitude towards the food. From the very young age Japanese people teach their kids the concept of “hara hachi bu”, which implies to eat until you are 80% full. Moreover, there is a saying “Japanese people eat food with their eyes”. Japanese style of plating the food in small portion while keeping the balance of colors allows you fulfill your hunger with eyes enjoying the look of the food.

They have a diet that is extremely high in vegetables and fruit, both of which are high in antioxidants. Other staples of the diet include, fish, tofu, green tea, yams, seaweed and shitake mushrooms all of which are high in omega-3. Besides, Japanese cuisine is rich in minimally processed food and contains small amount of fat, sugar and animal protein. To preserve the nutritional value of ingredients they mainly cook with steaming, stir-frying, boiling or stewing methods which demand less oil. For example, steamed rice, soba, miso soup with vegetables and seafood, sushi and tempura. Japanese diet is good for those who have diabetes, heart decease or digestion problem. 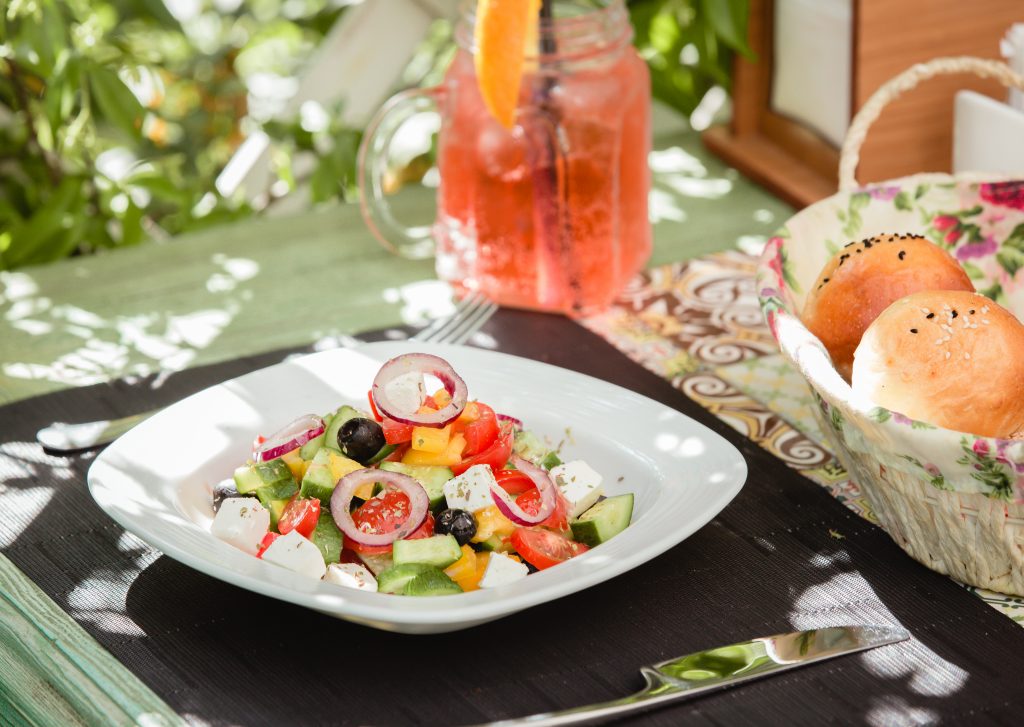 When talking about Greek cuisine, probably, the first word that comes to your mind is ‘Greek salad’. This fantastic salad is famous all over the world for its classic combination of Greek products and unforgettable taste.

So, what makes the Greek cuisine one of the healthiest? First of all, the Greek diet features unsaturated fats, beans, vegetables, fruit, seafood, cheese and wholegrain. As a consequence, its nutritional benefits are extremely high, especially in omega-3, from its traditional components of sardines, peppers and chickpeas.

What makes the Greek cuisine special is the high consumption of olive and olive oil. Olive oil contains lower saturated fat than butter and animal fat. Therefore, it is a good choice for cooking meals to lose weight. Olive oil has anti-ageing properties too. After just a week of Greek diet you can notice good changes on your skin, it starts to become more elastic and glowing. Researchers have found that the combination of olive oil with green leafed vegetables makes Mediterranean people have lower blood pressure and less heart disease. It also includes surprisingly limited amounts of meat, which again decreases the damage of saturated fats. The Greek cuisine includes dishes like tzatziki, yemista, feta me meli, Greek fava deep, dolmadakia and tomatokeftedes.

It isn’t really too surprising why this ethnic cuisine is one of the healthiest to consume among other countries. 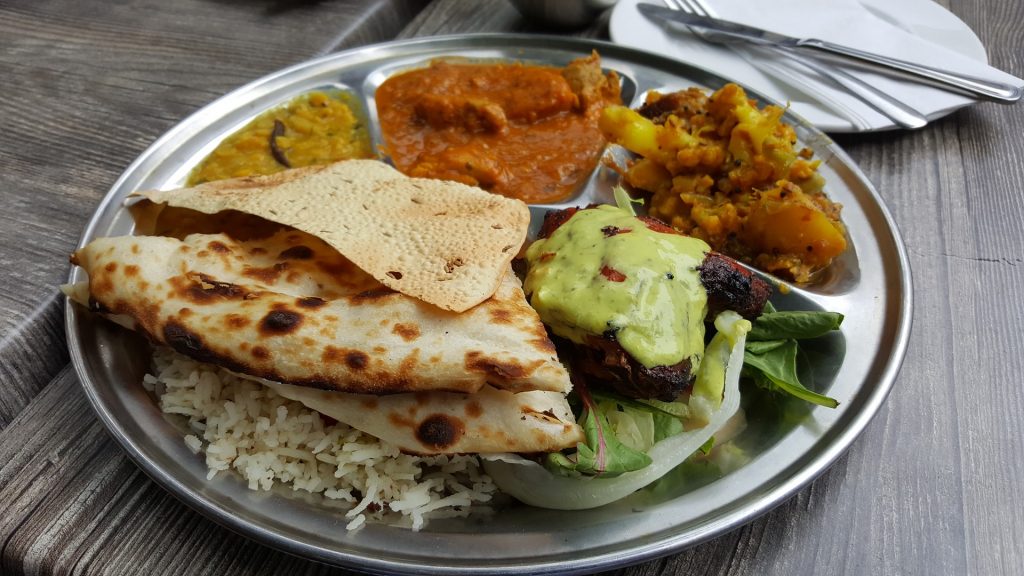 People in the west have considered Indian cuisine to be intense and essentially harmful; deep-fried accouterments that include bhajis, popadams samosas, and curries that are largely made with cream. Nonetheless, several of these components of Indian food are popular outside of India.

Indians are well known for being a vegetarian nation, but their cuisine contains sufficient nutrients, fiber and protein. They like meals with rice, lentil, beans, legumes, vegetables, roti and chicken. All these products can’t provide enough amino acids; however, they are beneficial in losing weight for containing small amount of fat and calories.

Spices are the integral part of culinary in India, and especially ginger, cinnamon, coriander, cardamom, and kadi patta. The spices that so heavily featured in Indian cooking give their dishes unique flavors, but they are also can protect against some cancers. Research has also shown that they have many other anti-inflammatory and healing qualities. Some studies have also indicated that Indian cuisine can help in preventing Alzheimer’s.

Indian dishes are rich in different flavors and among them the healthiest ones are dal, chana masala, aloo gobhi, tandoori proteins and sag aloo. 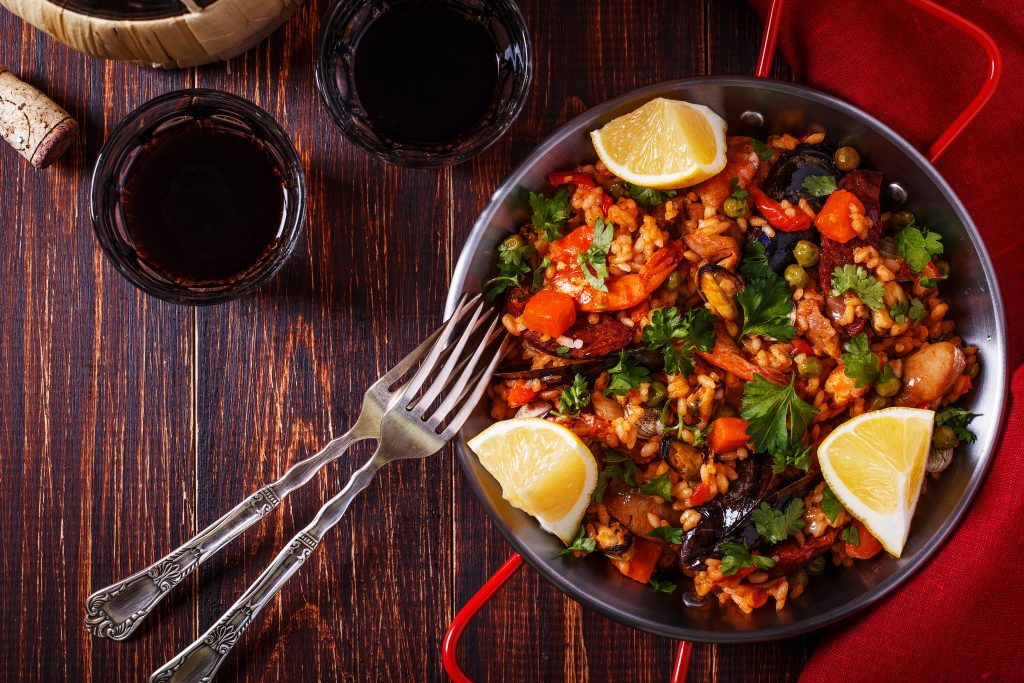 A large part of the understanding that the Spanish diet is numbered among the healthiest is enough to their emphasis on strict portion control. This is highlighted by the fact that tapas dishes comprising one of the most common styles of eating. The fact that this allows you to test a range of various foods at a single sitting seems to offer plenty of opportunities for a heedless glutton. However, most Spaniards will not eat these dishes in a hurry. They tend to take their time to enjoy each and every small portion, leaving them feeling full, satisfied and well within any recommended calorific limits.

Spanish cuisine may vary from region to region, but what is common, their love to vegetables, seafood, wholegrain, cheese, almond and citruses. Unique aspect of Spain’s culinary is abundance of the local fruits and vegetables. For this good location and climate condition of the country plays main role.

As a part of Mediterranean diet, in Spanish diet also olive is the queen of ingredients. Every time when you eat raw olive or food with olive oil you provide your body unsaturated fats. In turn you help to promote healthy ageing. That’s why Spain is among countries with loner life span.

As for fish, they mainly consume fresh anchovies and cod that are rich in omega-3, iron and vitamin B. What’s more red wine is the main part of Spanish cuisine, especially Rioja. Drinking wine in moderate amount helps to decrease stress and improves heart health.

If you want not only healthy, but also tasty food, then you should definitely taste gazpacho, pisto manchego, chickpea salad, and salmorejo. With these delicious meals you can also receive iron, magnesium, beta-carotene, riboflavin and vitamins D and E. 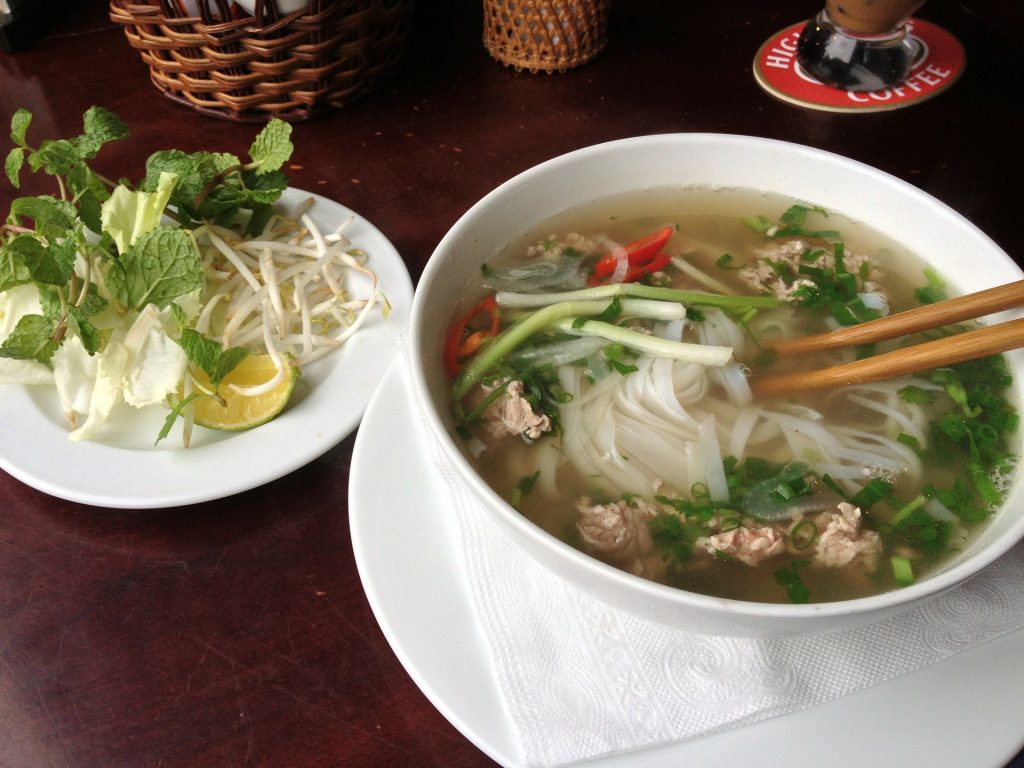 Clean, light and delicious are the terms commonly used when discussing Vietnamese food. The recipes generally feature a lot of herbs and chili. They also infuse recipes with healthy nutrients and rich flavor. Foremost among these is their famous noodle soup dish packed with antioxidants and nutrients. Low in fat, it has easy-to-digest components. They serve several of the dishes with chicken, pork, green onions, and peppers. These ingredients support digestion and combat inflammation.

Rice is almost national product in Vietnam. Besides eating rice itself, they also prepare noodles, paper and flour from rice. If you focused on gluten free food, Vietnamese meals are exactly for you. They mainly use rice flour instead of wheat flour.

Moreover, oil is a rare ingredient in majority dishes and is mainly water or broth replace it. In cooking process they widely use steaming, boiling and grilling methods, so Vietnamese meals are low in calorie and rich in fiber. Even desserts are healthy here, because they use palm sugar (has lower glycemic index) instead of ordinary sugar.

When talking about Vietnamese cuisine it is impossible not to mention famous spring rolls and soup pho. Spring roll is a perfect healthy and nourishing appetizer, despite having very little oil and no fat. It contains rice paper, shrimps, salad leaves, greens and a bucket of vitamins. And a pho is a very delicious soup with clear broth, noodles, meat, veggies and herbs. You may get daily energy as this soup is full of fiber, vitamins, minerals and antioxidants, and surprisingly not loaded with calories.

When you make a trip to this country, make sure that you have tasted local fruits, like mangosteen, papaya, dragon fruit, oranges and mango. They use local fruits for different kinds of meals and salads.

As you can see eating healthy and tasty food isn’t that difficult. If you are not satisfied with what you are eating now, then I recommend you cuisines of the countries listed above. Bon appétit!

Where Can I Enjoy $1 Meals While Traveling?

Healthiest Tea in the World

Why my back cracks? Benefits and Dangers Explained

5 Most Strange Bans All Over the World

6 habits that destroy the nature

Skin Conditions That Look Like Acne – What Are They?