For many years we sincerely believed that sunbathing and tanning has a good and pleasant impact on our health. Or at least, it is not as dangerous. However, today scientists are increasingly talking about the real dangers of ultraviolet radiation on to our health.

Let’s first discuss what the tanning is to our body. So, tanning is a kind of natural protective reaction of the body to the sun exposure. While absorbing ultraviolet radiation, our skin cells produce the pigment called melanin. The pigment stains our skin in shades ranging from red to brown thus preventing further aggressive UV penetration. Therefore, so far as our skin is more or less protected, what are the real dangers that the sun can have on us and what are the myths? Let’s try to dispel it together.

Myth 1: Tanning in a sunbed cannot result in skin cancer

A lot of people are sure that this “madness” of melanocytes is not related to ultraviolet rays’ exposure, but this is nothing but wrong belief. Melanoma is one of the most dangerous types of cancer. A tumour may occur not only on the skin surface but also on the retina or mucous membranes of the body. Cancer tumour appears when melanin, or melanocytes (the cells of the skin pigment), begin their uncontrollable growth, as well as fast division, and then spread throughout the body.

In spite of the fact that skin cancer is not hereditary, anyone might anyway be under the risk. People under 35 years old who regularly take tanning in a sunbed increase their chances of getting skin cancer by 75%. Majority of melanomas are sporadic by their nature, meaning that they can appear accidentally. They are not related to genes, but mostly to external factors main of which is UV rays.

Therefore, it’s true — we do have to avoid or protect ourselves from UV rays.

Myth 2. You need the sun tanning to get a sufficient amount of vitamin D

A lot of people believe that having a lack of sun exposure leads to a lack of vitamin D in the human body.

This myth has become so popular because vitamin D is not really a vitamin: in comparison to other vitamins, vitamin D is generated in the human body itself. It is true that UV exposure triggers this process. First, our skin produces a precursor of vitamin D – D3, which enters the kidneys through the liver where it becomes an active substance.

However, according to doctors, the relationship between sun exposure and human health is much more complicated than it seems, and the amount of vitamin D in the body depends on many factors. The actual level of vitamin D in the body depends on the time of day, year, weather conditions, skin type and even on location and whether or not there is snow, sand, water and other reflecting surfaces nearby. So sun tanning is not a guarantee that you will get a significant amount of vitamin D. It is much safer to get it from the food.

The recommended daily amount of vitamin D is 15 micrograms (mcg). You can consume some of the following foods or drinks in order to replenish this amount:

Myth 3: Tanning does not affect the brain

The scientists have found out that tanning not only affects the brain but can also cause addiction. They performed an experiment on a group of people who like to have frequent tanning in sunbed during the year in order to maintain a darker skin tone. It turned out that these people’s brain reacts to UV radiation in the same way as if they were taking drugs or eating sweets. Thus, UV rays activate the brain areas that are directly connected to the formation of addictions and associated with a sense of pleasure, satisfaction and reward.

Myth 4: Tanning does not affect the appearance of the wrinkles

UV rays penetrate deeper layers of the skin and damage the cells (fibroblasts) that produce fibres (collagen and elastin). As a result, the skin gradually loses its elasticity that leads to wrinkles appearance. Large doses of UV rays exposure may even cause premature ageing.

Myth 5: Darker skin is protected from the harmful effects of sun exposure

Many people believe that tanning before vacation will protect their skin from the harmful effect of sun exposure. Supposedly, basic tan can indeed serve as a sunscreen. However, sun rays damage skin cells regardless of skin colour. Well, people with dark skin do have a more sufficient amount of melanin in their skin cells compared to light-skinned individuals which makes it a barrier between UV rays and DNA. Ultraviolet causes DNA breakdowns, but a high level of melanin slows down this process a little. The light skin, on the contrary, produces more melanin in response to sun exposure during sunbathing. One way or another, tanning is a sign that the skin is already damaged, the only question is to what extent.

When and how long should we tan to save our health?

For some people, tan is “sticking” literally instantly should they just appear in the sun; it lays down evenly and lasts for a long time. And for others, on the other hand, all efforts to get a golden skin tone may end up very sadly. Why? It’s all about skin type.

Today, there are six types of skin which are characterized by sensitivity to UV radiation.

However, regardless of skin type, you are recommended to use sunscreen to protect against sun exposure.

Women’s nipples may serve as an “indicator” for determining the skin type. The lighter they are, the more sensitive the skin is to the sun rays and the faster it will get the sunburn.

There is also a concept such as “radiation risk factor”. Human skin and organs have varying degrees of sensitivity to sun exposure. The reproductive organs, mammary glands, lungs and intestines are the most vulnerable to sun radiation. So, every time you are going to tan topless, think first whether or not a perfect bronze colour of the skin on your chest worth the risk of getting cancer.

Sunbathers should often remember that “everything is good in a moderate amount.” In medicine, there is even a special term that defines an excessive passion for tanning – tanorexia.

The World Health Organization recommends being under the direct sun rays for no more than 40 minutes during the hot season and a maximum of 10 minutes during its hottest period.

Moreover, tanning can only be useful as long as tanning rules are followed in the correct way. Here are the three main rules:

Long-lasting tan is the most dangerous for people who have first skin type. In addition, WHO calls attention to the fact that people under 18 years old are not recommended to tan purposefully as far as during puberty and the formation of hormonal background UV can critically affect their health.

In the Bottom Line…

Beware of the sun rays if you are pregnant or treated with antibiotics.

Treatment with such drugs as antibiotics, hormonal drugs, photosensitizers as well as chemotherapy for cancer diseases is also a contraindication for tanning.

Also, pregnant women should avoid tanning. Sun exposure can increase the temperature of internal organs together with the fetus temperature, which can lead to brain damage of the child.

It is not recommended to tan during breastfeeding. Also, it is advised to protect children under 3 years old from the sun rays. They have a thinner layer of epidermis rather than adults, and the probability of sunburns is especially high. Sunburns obtained in childhood increase the risk of getting skin cancer later in life.

What is drinkable collagen? 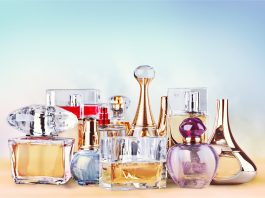 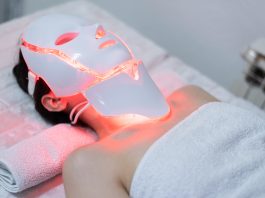 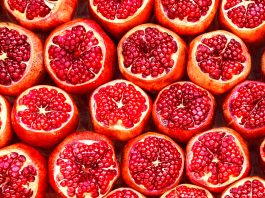