Halloween is not just an opportunity for goblins and ghouls to party like it’s 1349, or for the rest of us to dress up as sexy potatoes or scary electricity bills. It’s a great time to commune with the rest of our coven and to earn some brownie points during the holiday. Here are 10 different acts of kindness on Halloween that can make someone’s day, week, month, or even a whole year a lot of better. And with the rule of three, good begets good, so mote it be.

It literally costs nothing but is worth everything. And we are not talking empty platitudes here. Dive in and immerse yourself into the story people are trying to tell with their costumes. Tell that fairy ballerina you enjoyed her performance last time. Plead with Spiderman to protect you because you’ve seen both the Green Goblin and Venom earlier that day. Apologize to the squirrel for only having chocolates and no nuts, and so on.

And if you’re able to notice them, pick that shy and/or insecure kid and give them a bit of extra attention.

It’s not like you can use them year-round. And those scraps on nylon and polyester do get pretty expensive. This prevents some who are struggling to enjoy the magic of Halloween.

Pack up all that stuff now and take it to a local Goodwill, community centre, or your church. If you have any sewing or decorating skills, make them a bit more special with some trim or rhinestones.

Same thing when it comes to lawn decorations. Especially if you are one of those people who end up

Instead of going to other people’s homes to ask for candy, offer treats to them once they open the door. It’s bound to put a smile on their face.

Even if you’re not in the mood for classic trick or treating, pack up something and visit your elderly neighbours. Put a special goodie bag together for those who are alone and can’t be with their families that evening.

Speaking of the elderly, consider dressing up and doing the same thing at a local retirement home. Of course, get in touch with the staff to ask permission first, and for all that is holy, don’t dress up as a Grim Reaper. That’s not cool.

Back during the burning times, witches were not the only ones who ended up at the stake. The Inquisition claimed that cats are their familiars and devils in disguise, and burned them as well. Jokes on them because without cats there was no one to control the population of rats and pigeons which in turn led to the spread of the Black Death, but anywho… It’s time for payback.

Keep it simple as setting up a food bowl and maybe a winter shelter for feral cats. Or go an extra step and get in touch with local animal shelters and help them organize a mass-adoption event.

Yes, people can adopt puppies as well – for what are puppies, but just lesser cats. Speaking of puppies…

All doggos are certified good boys and girls, and as such deserve cuddles and treats 24/7.

Add some dog treats into your repertoire and give them out to visitors who either bring their pup with them, or you know have one or five at home. It is such a small thing, but it’s going to warm up someone during that cold October night.

Here are the links for some of the pet shelters you may what to check out:

Pet Rescue’s facility in Harrison, NY – a shelter for many cats and dogs.
Adopt Pet – a website that easily helps to find a pet in your area.
Animal House Shelter is a non-profit, no-kill shelter for all breeds of dogs and cats.
Pet Finder – Animal Shelters & Rescues for Pet Adoption.

There are so many more such rescue and adoption houses where someone furry may be waiting just for you.

Some smaller kids don’t handle Halloween that well. Wouldn’t it be nice if there was a magic tent to protect them from all the monsters roaming the streets while their parents are trying to calm them down?

If you have a tent or a tarp, only that and a few non-spooky decorations can create a place where a tired parent can enter and calm them down by saying that this is a magic barrier where no evil can enter. For extra brownie points, dress up as a monster and demonstrate the claim is true by struggling to enter.

From toddlers to teenagers, Halloween can get a bit… crazy. Broadcast to all the kids that they can get in touch with you if they need help. No tattle-telling to the parents, no judgment – just a grownup they can call if things stop being fun.

How you’re going to handle the situation after is up to you, but just try not to break that trust.

Dress up as Santa

Or Satan – so easy to mix them up, right? Which one keeps score of good and evil, and then hands out gifts?

Dig through your brain and see if there is a young kid who is not having the best year. Dress up as Santa and bring a present for them. Tell them that they were so good and awesome this year that you could not wait for Christmas to give them a gift.

If you can do this for multiple children that need a little light and happiness in their life right now, it would be even better.

And if they ask what’s Santa doing out during Halloween? Everyone else is in fancy dress, so it’s easier to be all stealthy and stuff.

Give someone a break

If you love kids and you can open your home to some of them for the day, do so. Parents may be working that day, or are due for some alone time, or whatever. Take the kids so they can do whatever they need to do.

And you guys put up the Grim Adventures of Billy and Mandy marathon, eat an unhealthy amount of sweets, and just have fun goofing around.

For those who have the means, a party is the only way to go. There must be a place in your community that could use some goodwill and generosity so they can make this holiday extra special for their charges.

Reach out to the local children’s hospital, orphanage, foster home, etc – anyone who may be strapped for cash but should not be missing out on the fun. Gather decorations, costumes, snacks, entertainment, and anything else they might need to throw an awesome party.

If you can’t do it on your own, mobilize people around you. The more people are working together, the easier it will be to come up with something fantastic.

What are some other acts of kindness on Halloween you make think of this year? Share your thoughts through the actions in your community and make this world a better place in these hard times today. ❤️ Have a magical holiday!

All the Merry-making Surrounding Thanksgiving!!

10 Simple Ways to Make this World a Better Place

Medical clownery as a therapy

The biggest problems people have nowadays

Where can i volunteer in New York City? How can i help my community? 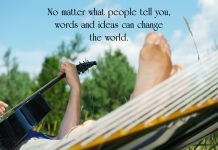 What you should know about HIIT training?

How to clean ears safely?

Should we break up or stay together? Things you need to know before breaking...