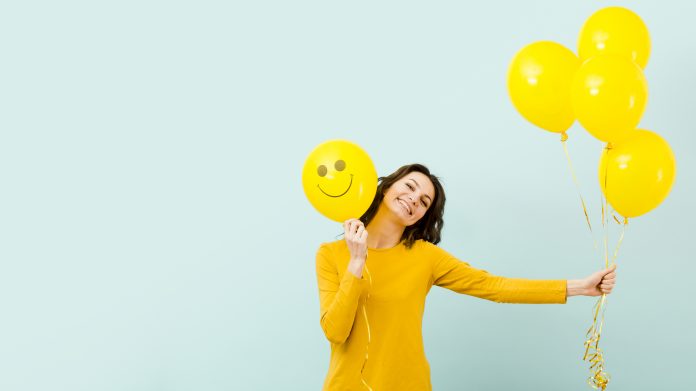 Have you ever thought about what happens to your body when you feel joy and happiness? Why will you be in a good mood after completing a difficult task, or when you spend time with friends or when you fall in love? All of these feelings and mood changes are related to hormones of happiness.

Happy hormones can be best described as being chemicals that are produced by glands in the body which can boost our mood and promote general wellbeing. Some of these hormones are able to alleviate depression and anxiety as well as to trigger feelings of joy, trust and pleasure. In this post we take a look at the happy hormones that our bodies naturally produce, as well as some tips on how to boost them. 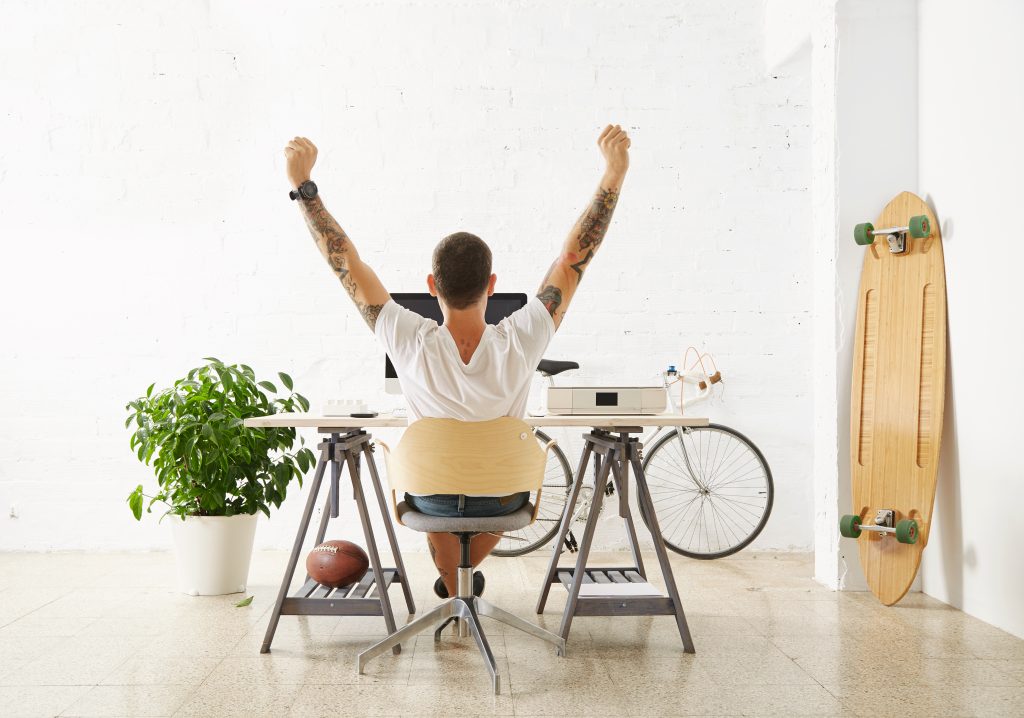 Dopamine is the most popular hormone that most people know about. It is one of the primary chemicals that influence our happiness. It is essentially a neurotransmitter that regulates the brain’s ‘reward system’. Whenever you overcome a difficult task or complete something that is beneficial to your health, your brain releases dopamine which causes a feeling of joy. On a chemical level, this helps to reinforce the behavior. As such, now you know why you feel a rush when you get your salary. Your brain essentially ‘rewarded’ you by releasing dopamine, reinforcing the behavior that you should continue to work.

Moreover, a study shows that dopamine is the main cause for people becoming addicted and constantly seeking for pleasure. With higher and higher level of dopamine a person might suffer from mania, hallucinations or even schizophrenia.

How to boost dopamine?

One of the ways you can boost dopamine is to consume substances such as CBD. However, a more natural way would be to set easily attainable goals. As mentioned, your brain rewards you when you complete a task that benefits you by releasing dopamine. So, if you set a task of cleaning your desk for example, once it’s completed your brain will reward you with more dopamine. In addition, having a proper sleep and regularly exercising also can fuel dopamine production. 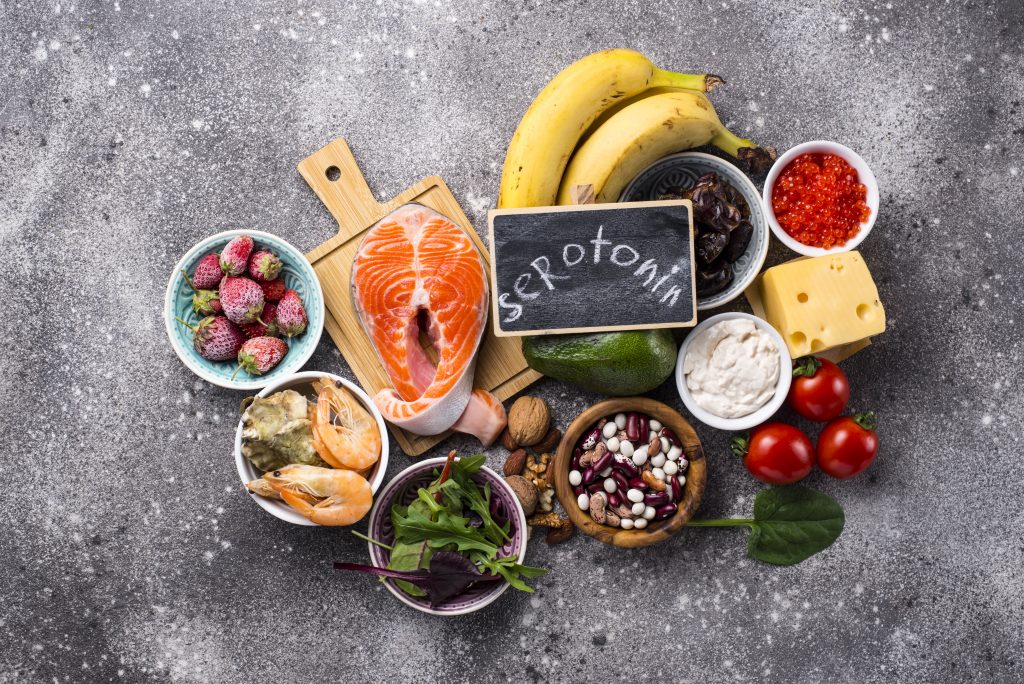 This type of hormone played a crucial role in the invention of antidepressants. Antidepressants work by increasing the serotonin levels in the body. Serotonin helps the body to alleviate stress and depression. Also, serotonin is responsible for the part of the brain that controls your sleep.

Not only that, besides your brain this hormone also exists in your stomach and intestines. That means it helps to control digestion and bowel movement too. Having too high level of serotonin leads to excessive nerve cell activity and weaker bones. However, the low level of the hormone can cause depression, anxiety and obsessive-compulsive disorder.

How to boost serotonin?

One of the best ways you can boost your levels of serotonin naturally is to exercise. In fact, many joggers can attest to the fact that after jogging they feel what’s known as a “runner’s high”. That ‘runner’s high’ that many joggers experience is actually the release of serotonin. As such, take a 10 minute walk the next time you have the chance and you’ll experience that sensation as well. Swimming and bicycling also have the same effect. Another way you can increase serotonin levels is to eat something rich in fiber and carbohydrates. These foods include quinoa or whole-grain bread, salmon, turkey, plum and pineapple. 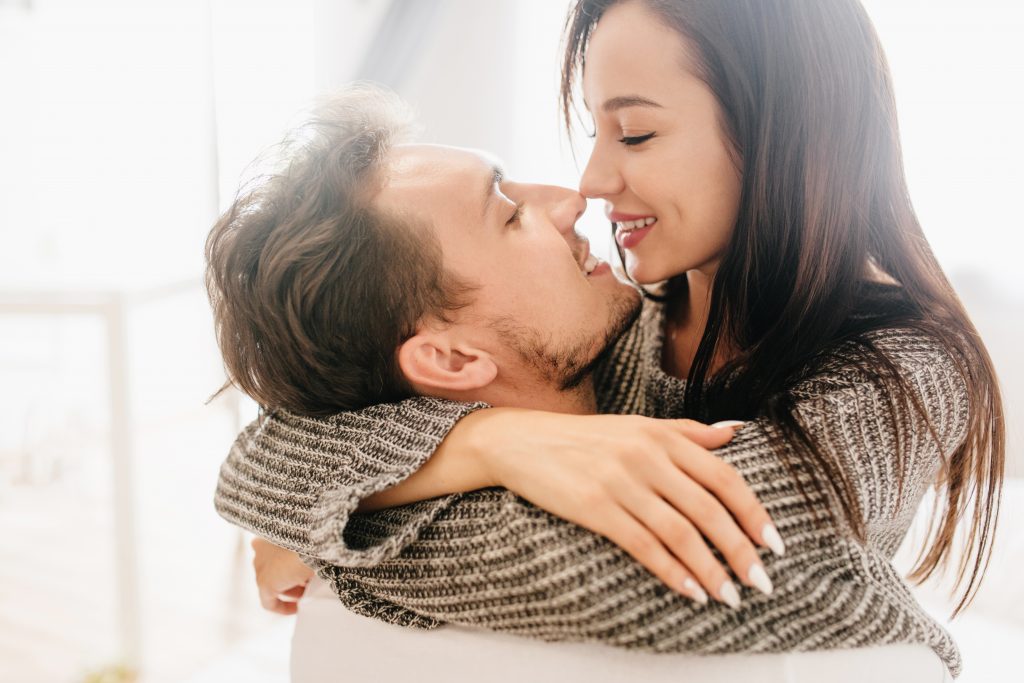 Oxytocin is classified as being the love hormone. Studies which were conducted at the Claremont University in California demonstrated that oxytocin levels had a direct impact on how satisfied people were with their lives. Interestingly enough, studies also show that it has a more profound impact on women than it has on men.

Oxytocin plays a huge role in reproduction and childbirth process. Besides being the love hormone we can also describe it as the maternal hormone. Because it releases in a large amount during childbirth and lactation period. Moreover, studies show that low level of oxytocin can lead to depression.

How to boost oxytocin?

The reason why it is called the love hormone, is that an abundance of it is released after we get intimate with someone. Spending time with people who we care for,  can also stimulate the production of oxytocin. The next time you feel in the dumps, give your loved one a call and see what makes a difference. Another way of naturally increasing oxytocin level is trying yoga and getting a massage. Listening to pleasant music also boosts oxytocin that in turn leads to good mood. 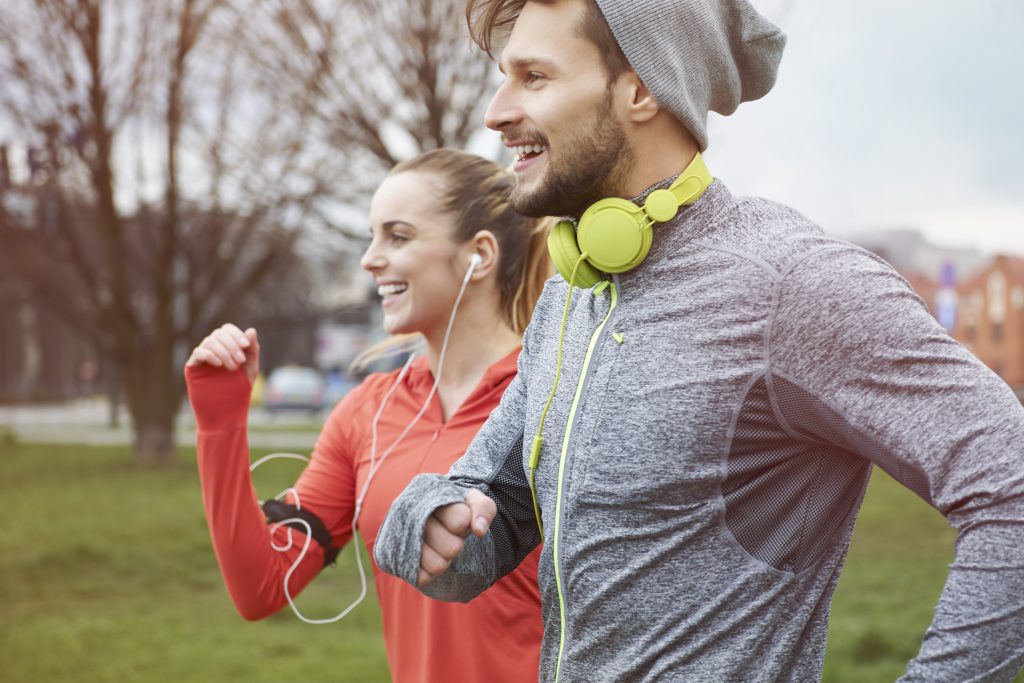 Besides dopamine, serotonin and oxytocin, endorphin is another one of the four main hormones of happiness that is produced in our body. This hormone is naturally produced by nervous system and it helps to cope with pain and stress. The level of hormone differs from person to person, but has the same function of pain reliever and happiness booster. People with lower level of this chemical may suffer from depression and fibromyalgiya.

How to boost endorphin?

The best and easiest way of increasing endorphin level is exercising. A feeling of euphoria that occurs after vigorous physical activity causes release of endorphin. Exercises will have greater effect in conjunction with medical treatment. Your doctor may recommend you special therapy or medications. Also, researches show that laughing helps to release more endorphin. As for food, spicy foods and dark chocolate can boost its production. 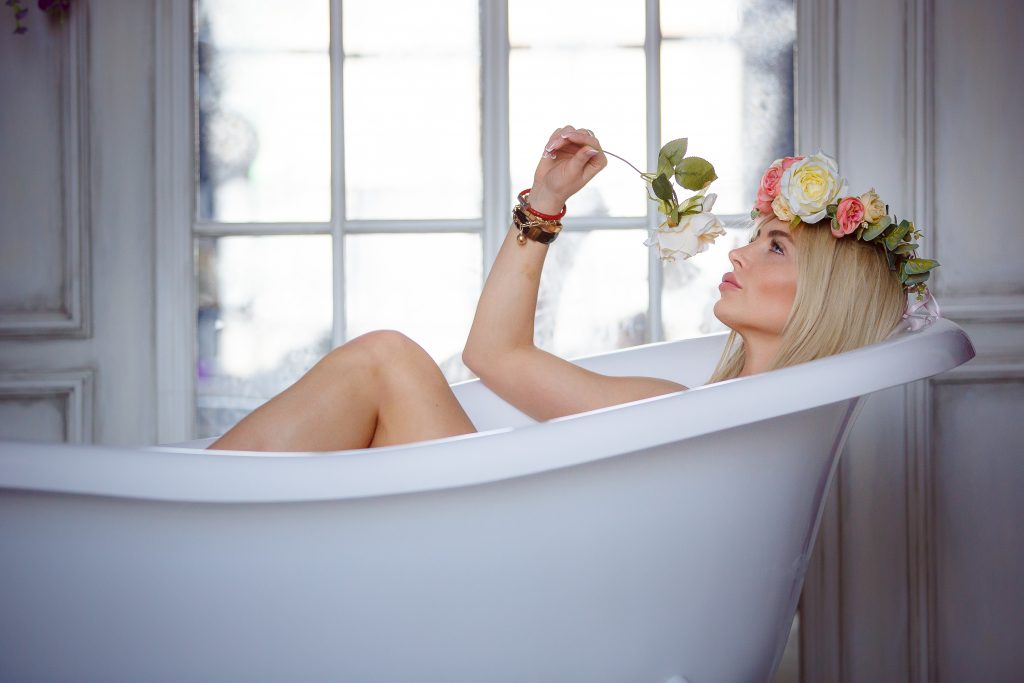 Estrogen we know as the hoormone of women, but it is also one of the hormones of the happiness in some way. This is a hormone which helps the body to create serotonin. Estrogen also helps to protect you from feelings of anxiety as well as to regulate your mood. Lifestyles choices and age can cause our estrogen levels to go down. The end result is that we may become irritable.

How to boost estrogen?

One of the best ways you can boost this hormone is to regulate your stress. The reason being is that when we stay in a constant state of stress, it leads to the release of cortisol, which interferes with our bodies ability to create estrogen. You can also increase estrogen levels by partaking in yoga, a hot bath and to meditate as these are all stress relieving activities that require minimal effort. 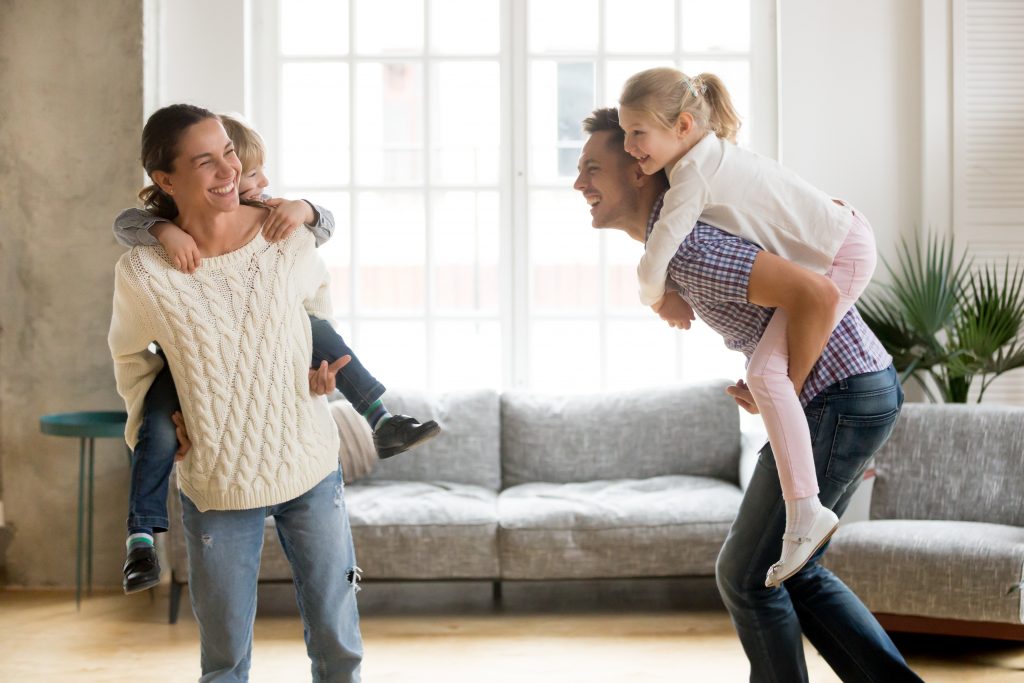 Progesterone is one of the lesser known happy hormones but like all hormones in the body it plays a critical role as well. High progesterone levels can help to improve your sleep quality and prevent feelings of irritability, depression, anxiety and mood fluctuations. Unfortunately, as we get closer to 40, a combination of the stresses of our day to day lives and consumption of unhealthy foods can lead to low levels of this hormone.

Another reason why we consider it one of the hormones of happiness is its role in menstruation, sex drive and fertility. It also helps to maintain pregnancy.

How to boost progesterone?

One of the ways you can sustain your progesterone levels is to eat a nutritionally balanced meal. In addition to this, you can consult your doctor about the possibility of undergoing hormone replacement therapy as well.

The Effect of Hormones on Your Weight 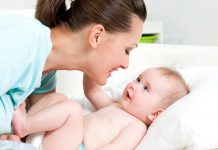 Everything About Yoga in 5 minutes

Summer time! How To Stay Beautiful In Any Weather

Facts About Micellar Water You Need to Know